In the castle church, where Martin Luther published his famous 95 theses in 1517, visitors can go on a digital tour of discovery and receive background information about the interior of the church, which has been a World Heritage Site for 25 years. 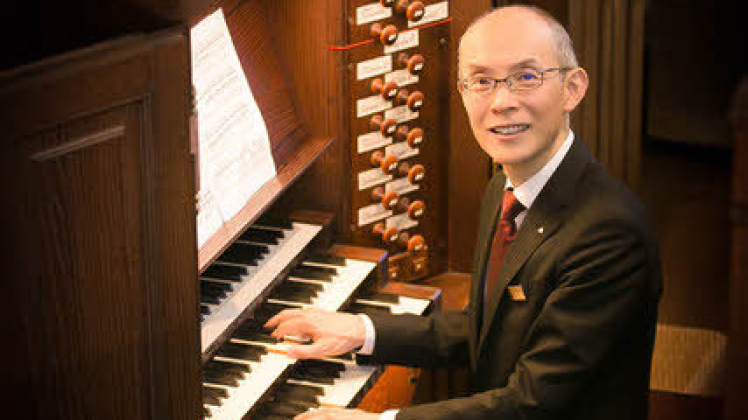 The next concert in the OrgelPunkt12 series will take place on Thursday, August 18th at 12 noon in the Castle Church in Wittenberg. The Japanese organist Izumi Ikeda, who wants his program to be understood as a prayer for peace in the Ukraine, plays the historical Ladegast organ. Izumi Ikeda plays two works by the German organist Heinz Wunderlich (1919-2012), with whom he studied himself: the 3rd movement of the Sonata Tremolanda Hiroshima, which was composed on the occasion of the two national days of mourning in Germany and Japan, and the Partita about the Advent song "Macht hoch die Tür", which was composed for Christmas 1946 "for a happy future". In addition, the fantasy and fugue on "How beautiful the morning star shines" by Max Reger (1837-1916) will be performed.
Admission is free, but a donation is requested at the exit. 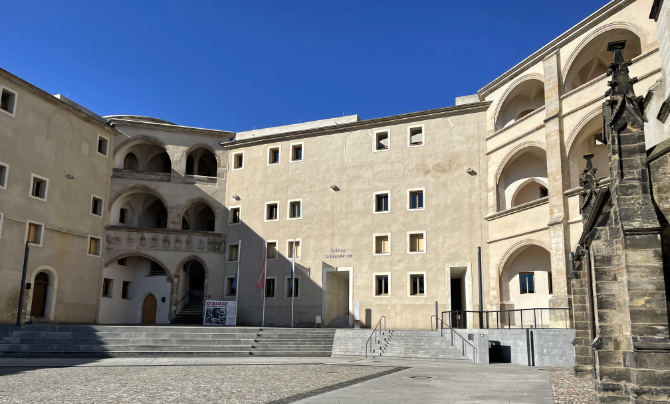 Antependium: Designed and embroidered by Queen Margrethe II of Denmark. Manufactured by the Society for Religious Art in Copenhagen. Present from Her Majesty on the occasion of the Reformation anniversary for the reopening of the restored Castle Church on October 2nd, 2016.

The city coat of arms in the side windows: In addition to the "Christian nobility of the German nation", many cities followed Luther's call for the Reformation. The medallion-shaped city coat of arms created around 1891 by the "Institut für Glasmalerei" in Berlin in five windows of the north wall and in three windows of the south wall (in the upper and lower window respectively) are intended to remind us of this. 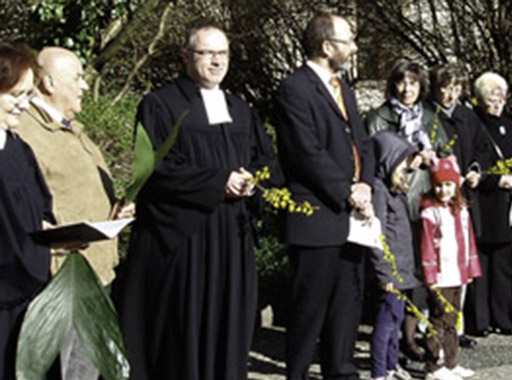 The castle church parish was founded in 1949. For a long time there had been a desire to give this church its own congregation in addition to the preachers' seminary, thereby strengthening the religious life. 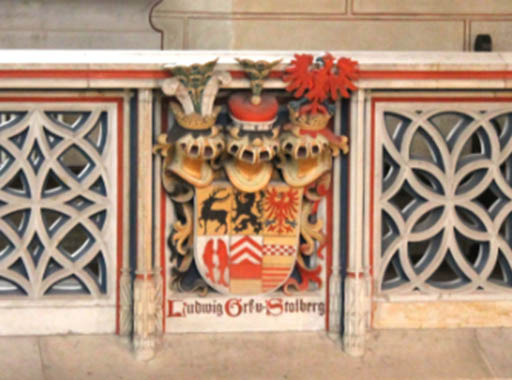 Around 1340, the Ascanian dukes had an "All Saints' Chapel" built at their castle and founded a collegiate monastery in it for liturgical service. Elector Friedrich the Wise had the palace with the chapel demolished and his new residential palace with a more spacious palace church built on the site. You can find out more about the story here. 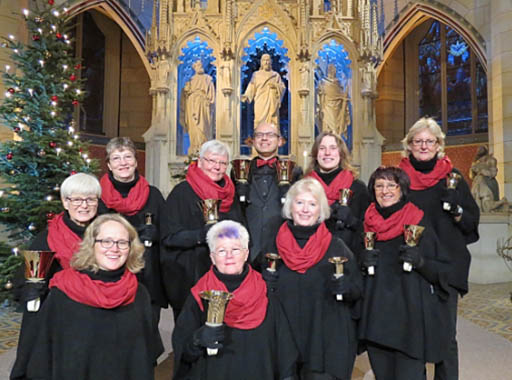 The choirs and ensembles of the Schlosskirche contribute to the fact that services and concerts are a living sign of church life in word and sound. They invite visitors from near and far to take part.